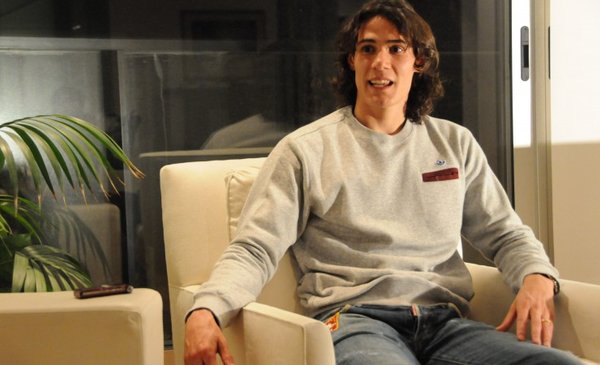 “Luis made a mistake, but he does not deserve to be treated like this”

The man from Salto talked with El Observador about the World Cup, his place in the team, Tabárez´s process and Suárez´s sanction as well as childhood anecdotes 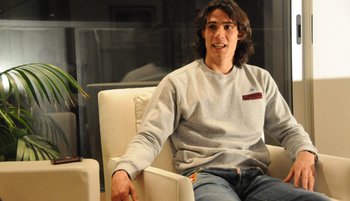 Confidence, hard work, sacrifice and striker instinct are some of the main features that describe Edinson Cavani. El Matador from Nacional and Peñarol in Salto, from Danubio in Montevideo, from Palermo and Napoli in Italy and currently from Paris Saint-Germain in France, received El Observador in his hometown to reflect about the latest World Cup, his career, the change from Italian to French football, his personal life, Tabárez's process and the sanction imposed to Luis Suárez.

What is your assessment about this last World Cup?
As I said after the match against Colombia, it was one of the most beautiful moments I have ever experienced with the national team, where I could enjoy amazing matches and unique moments that determine my career. Although we were out in the Round of 16, I keep great memories of the group we had, which is made up by great football players and great human beings. The result was not favourable but the group of people that we have is what I take from this experience.

This was your second World Cup and once again you proved to be sacrificed for your teammates. Is it exhausting for you to be always playing as striker and also having to assist in marking?
When you have to come to your national team there is no time to bring up your discomfort. I already said which is the position in which I feel more confident and I like playing best. All the preparation needs to be adequate. There is no time to express anything as in the World Cup. Matches are played every two or three days and we have to devote ourselves to the team and to the group.

Every game Uruguay played was different from the other. You had to lead the attack against Costa Rica, you had to put pressure on the game creators, Gerrard and Pirlo, against England and Italy and against Colombia you were the attacking reference again. What is your vision about the four matches?

I see it the same way. I had to play as attacker in the debut and in the two determining matches of our Series I had to sacrifice a little more and help in the defensive area. I returned to the attack against Colombia and we tried to do our best. We could not make history because of the results but the outcome is positive.

Your successful mark to Gerrard and Pirlo showed you as a more complete player. You are not just a striker, but you can also fulfil both roles.

When I was a boy I played as 10. When I started to play professional football I never marked. Just in a few matches in Palermo. I was not used to that role. It is nice to discover that you can perform both roles and that you can do it good. Cover a tactic role to devote to marking makes me a more complete player and it is nice to feel happy knowing I can do both things.

Does the sanction on Suárez have an impact on the group?

The team and the whole country were overturned by it. There are mistakes you make on the pitch without realizing. It is easy to say an opinion when you are not in the situation and to be judged by people who never kicked a ball. Luis probably made a mistake and it is ok he is sanctioned, but he should have stayed in the World Cup. The punishment is not appropriate. He was sent off a World Cup. He was blocked from football pitches. No football player deserves to be treated that way. He was treated aggressively.

Before the match against Colombia you uploaded a picture with Suárez´s shirt which went viral. Did you feel the blow during the match?

That was not the reason of the defeat. The group of the national team is made up by the top players of the country. We won many other matches without Luis. We could not win this. I hope Luis can grow out of this experience and mature as player, as all football players would.

Tabárez's contract terminated after the world cup and its renewal gave place to controversy. Which is your position?
I think his job was fantastic. What we achieved in football terms in the process, beyond the results. He intended to create a solid group and found the substitutions in other teammates when we did not have so many changes. He really believes in his group and the group protects him. He is good in handling time and that is key to keep us together and unite. When he started his job, Uruguay started growing. Apart from sport successes, Tabárez was able to put up a work group together with Celso (Otero), Mario (Rebollo) and the doctors who were key to put the team back into its place. Nobody knows us as he does.

In Italy you became the idol of Neapolitans. Is this the same in France?
Napoli fans are very affectionate because in Italy you breathe football. That is why they are so warm and they love you so much. France is more distant because of its culture, it is different. That determines people personality. I am still the idol in France but there are different ways of expressing it. In Italy I could not walk in the street.

Do you go out in France?
Yes, of course. I do not hide as a monster. People know it. I have a normal life. Luckily, so far in my career I have always received shows of affection, but French people are more respectful to ask you for a picture or autograph. You can walk in the streets and they treat you differently.

Unlike the Italian group, this time you arrive to a team that is full of stars. How do you get along with Zlatan Ibrahimovic?

Good. As long as there is no injustice with a teammate in the changing rooms or they have problems with me, I stay out of trouble. I am in football for love and passion, which remains to this day. The difference is that today it is my job. I try not to be mean and accept the personality of all of my teammates, which may be different to mine. In those big changing rooms each one is doing his own thing. In Napoli there were not so many stars and idols so everybody would resort to the coach to achieve things. There are different experiences.

Elite players are used to rumours. How do you deal with them?
When a team wants a player, they call you and find you to take part in their project. In that moment they show me their confidence. I am in peace every time people talk about my job. All countries talk, but truth is that the clubs that really picked me, as Palermo, Napoli and PSG, put what they had to and trusted in my job to include me. Changing clubs does not depend on the will of the player only, it is necessary there are movements in other clubs. My contract in France is for four more years.

Is there an international league which has captivated you?
I really like Premier League and Bundesliga, but I am not a player who is constantly wishing to play in certain league. Germany, Spain, Italy and England are the best and most powerful. The French league is also very good, it is growing.

You are a Christ athlete, a man of faith. Are you still in touch with your biblical pastor via Skype from France?
After I had some family issues I became more introvert and I tried to evaluate, to ask myself some questions and not open up. I lost touch with my pastor in Salto. Today I am not that close to the place in which I was very present at some time.

Without getting into details about your private life, did family problems have an impact on your performance?

I am in peace. I never stole anybody or killed anybody. I try to be there for my family. I try to walk with dignity. There is nothing better than living in peace. I was always the same, each person thinks differently. I do my job and I enjoy it. I help my family, people who are close to me. Nobody would like experiencing what I underwent that was getting apart from my children. But I try to find the best way to live.

Who was your support?
My family, my girlfriend, my friends. Here in the country I feel good, supported and I can enjoy the things of my city and of my people.

When you were young your mirrors were Gabriel Batistuta and Ruud Van Nistelrooy. Is there any player that dazzles you today?
I never had idols. As I kid I did not watch TV. I played football next to my father. That was my bond with football as when I was playing already as a teenager I liked them. I really liked how Batistuta defined, strong, in speed and Van Nistelrooy´s elegance and class when moving.

When you were a child you played in Nacional and Peñarol de Salto. What do you remember from those days?
Lots of anecdotes. In Peñarol nobody could beat us, we were champions three years in a row. Bruno Fornaroli played in Peñarol and I was playing in Nacional, and Bruno´s uncle was a huge fan of his nephew and a close friend of my dad, so he started insisting for me to change clubs and he made it.

How old were you back then?
You can say that my first transfer was when I was 10 (he laughs). I left Nacional to play in Peñarol for a pair of shoes and we won all titles.